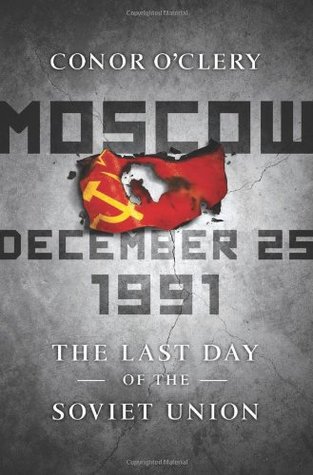 This is the history of the development of the 26 letters of the English alphabet, and it’s an interesting one, too.

I was expecting something different – maybe more a roll call of each letter, going into its development. Instead, it was more academic, and more enlightening than I had expected. 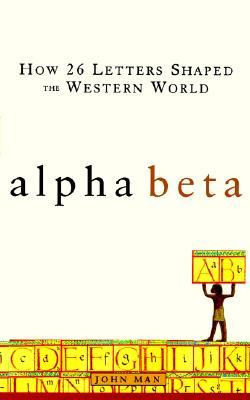 The book also concerns itself partly with the origins of written language, the move from pictographs to syllables to letters.

And about English, where the letters came from (Etruscans, we think) and where it went from there. He also takes a side trip into what he considers the perfect alphabet, Korean.

This is a short book but lots of fun, and makes me want to read more about the development of the alphabet. Anybody know a good book?

In the first 24 hours after John F. Kennedy’s assassination, Lyndon B. Johnson made some critical decisions that determined the successes – and failures – of his presidency.

This look at Nov. 23, 1963, was a very enlightening, even to somebody who is pretty well-versed in the assassination literature. 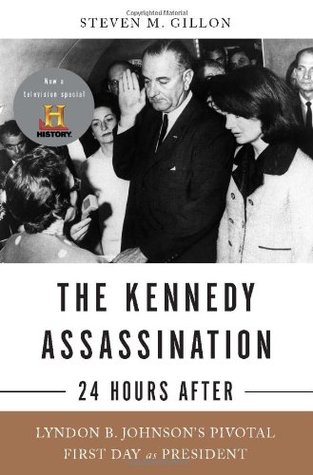 The main backdrop is the rivalry between Johnson and Bobby Kennedy as the keeper of the flame/preserver of the legacy of his brother Jack. You could feel the tension between them as the account of the day continues.

Interesting that this book recounts all the myths and rumors about the day, scene at the hospital, phone calls, etc. It tells all the tales, from all sides, and attempts to sort out the truth.

Ultimately, Johnson is seen as a tragic figure, who had some of it coming to him, too.

OK I admit it, I used to be into all the conspiracy stuff, but I’m not anymore, so the fact that the book didn’t go into the mess of the assassination was a plus. Kind of like how Tony Stark didn’t want to hear Peter Parker’s origin story. It was better for it.

This book started out great, but didn’t stay great.

A little-known episode of WWII (at least by me) was the use of homing pigeons/carrier pigeons by the Allies against the Nazis. 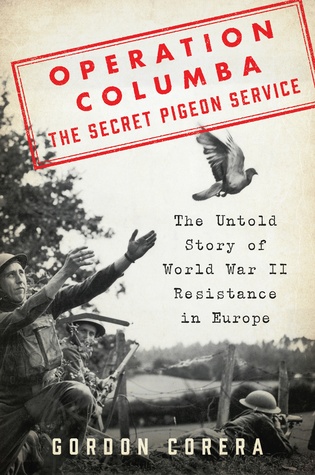 Pigeons were dropped into occupied territories, like France and Belgium, with instructions for the finders to observe and write all they could and then send the pigeons back to England.

It was only somewhat successful, but Operation Columba (being the species of pigeon) had one major success, and this is partly a story of that success.

But that’s mostly the first couple of chapters. The book then turns into a look at spying and resistance in general during WWII – which is great, but that’s not what I was reading the book for. I was reading for the pigeon program.

It’s an interesting subject, but it got away from the central thought, I thought, and that diminished it.

I won this book from LibraryThing.

Were they friends? Rivals? Frenemies?

Yes, all of the above. And above all, they were the two most influential bands in the Sixties. 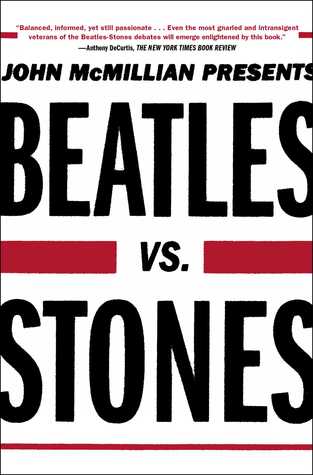 The popular view of the bands early on was that they were desperate rivals fighting it out for the hearts of teens everywhere. And much later, that it was all a publicity ruse, and they were thick as thieves and had no envy between them.

The reality is somewhere in the middle, this book says.

The Rolling Stones of course owe a lot to the Beatles, not the least of which their first hit, “I Wanna Be Your Man.” John and Paul finished it off for them as easily as tossing off a joke, and so there was the start of a little bit of jealousy as Mick and Keith struggled to write anything at all.

Along the way, John Lennon said the Stones did everything the Beatles did, just a couple of months later (and for awhile, that was true). Mick Jagger sniffed that he didn’t care about the Beatles, but it’s clear he sought their approval at times.

It’s all here, the affairs, the drugs, the rumors. And the fact that the Beatles needed to go away for the Stones to show what they could really do. And the Stones came out with four iconic albums – Sticky Fingers, Beggars Banquet, Exile on Main St. and Let It Bleed — as the Beatles were slowly vacating the stage.

The book also notes that while the Beatles may have ended too soon (debatable), the Stones have gone on far too long (affirmative), succumbing to all sorts of excess, disco, never-ending oldies tours, and all the rest.

Still, you gotta have both to have a feel for the music of the Sixties and what came after.

I confess, I had this sitting in the queue and was going to get to it eventually, but the debut of the movie made me move this up.

I still haven’t seen the movie. 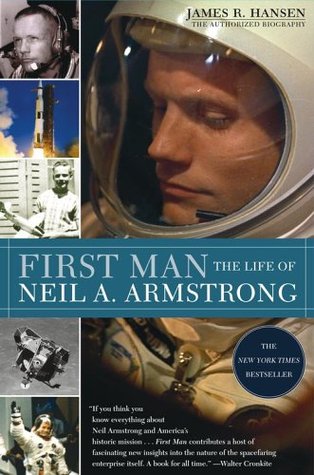 But what can you say about Neil Armstrong. An American icon and the face of the space program – or specifically, the moon shot.

This is a very good biography that doesn’t seem to pull punches even though it’s authorized. It talks about the controversies, the misgivings, the warts and all.

Or mostly – I’d have to see another biography to judge that.

But it’s all here, from Neil’s childhood to his military service to engineering career to his life as an astronaut. Plus, the tragic loss of his child, and his tangles with other astronauts and Chuck Yeager, and his eventual divorce.

One interesting insight is that while they were history-makers, the three astronauts of Apollo 11 were nothing more than cordial strangers. You would think the shared experience would pull them together, but it doesn’t seem to have done so, and partly because of Armstrong’s distance from everyone, all the time.

(By the way, the author pulls from other bios and autobios, and Mike Collins’ quotes makes me want to read his book now).

The book also tells everybody’s side in recounting the controversies, but of course it largely sides with Armstrong.

It was a really good book. Might have been one or two chapters too long, though.

This is a good book about the early, rough-and-tumble years of pro football, and the men who played it.

I had expected tales of amazing games and the developments in rules and equipment, but it leaned too heavily on the minutiae of the business dealings and what players played under what fake names when. I got a little lost at times. 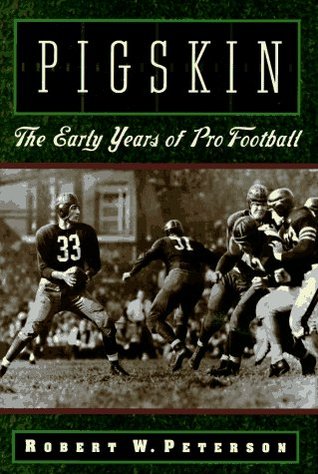 That said, the story is an interesting one (maybe there’s another book out there that’s more what I’m looking for), about the changing times as the nation turns its eyes from baseball to football, and from college to pros.

One thing that made me proud to be a football fan – there was no official freeze-out of black players like there was in baseball. True, blacks weren’t in football for around a dozen years around WWII, but that soon corrected itself. While baseball had to wait for Jackie Robinson to break the color barrier in 1947, the pros can go back to Fritz Pollard in 1920. He was also the first black coach in the pro game.

The less said about the Redskins, all the way around, the better!

This a fun book by one of my favorite authors, David Pietrusza.

It was 1920, when six men who had been, were or would be president ran for the highest office. 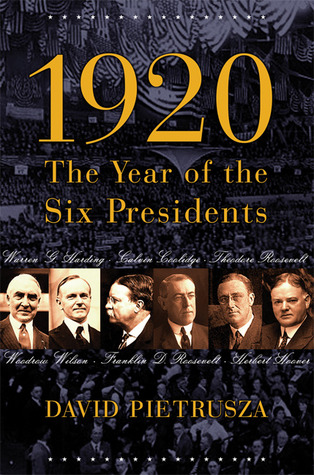 Ex-president Theodore Roosevelt led the pack and was the favorite to get the Republican nomination. The very ill and very stubborn Woodrow Wilson wanted to run again to save his League of Nations. Also in the mix, eventual winner Warren G. Harding, his vice-president Calvin Coolidge, Herbert Hoover and Teddy’s cousin Franklin Roosevelt.

They aren’t the only players, of course. Many other colorful characters are involved, such as the Democrat nominee James Cox, Socialist Eugene Debs, ex-president William Howard Taft, and various lovers, suffragists and prohibitionists.

It is a colorful tale about a colorful time in the nation’s history, just before the bottom dropped out.

Pietrusza knows how to tell a complicated tale, and does so thoroughly and thoughtfully.

There are a lot of moving parts to this story, and they’re all handled with aplomb and care.

This seemed like a really interesting idea for a book.

But not this book. 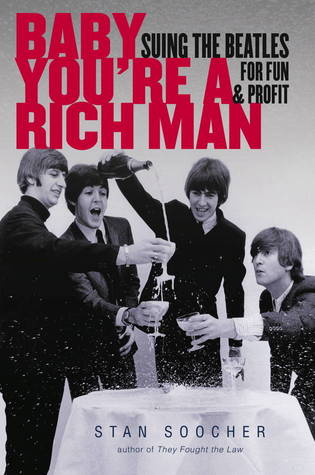 This is all about the ins and outs of the many lawsuits the Beatles faced in their band years, and after, to an extent.

You start with the millions of dollars their manager Brian Epstein left on the table because of naivety, and the attempt to collect it.

The suits when Allen Klein took over the group.

There are the suits that broke up the Beatles.

The suits over the “My Sweet Lord”-“He’s So Fine” controversy.

The suits over the Concert for Bangla Desh.

The suits over “Come Together”-“You Can’t Catch Me.”

I thought it would be a romp through the Beatles years and the whirlwind of activity around them. But it turns out to be as exciting as a deposition.

Maybe the genesis for the book was the song title. I wish the author had given it more thought.

The story of a one-of-a-kind man, a Russian serf who became a tycoon, right at the confluence of capitalism and communism.

You know the end, Smirnoff vodka rules the world, a distinctly Russian drink that becomes a worldwide phenomenon. But the origin is interesting enough. 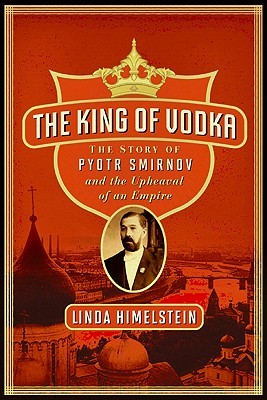 Pyotr Smirnov, an indentured servant, sees an opportunity at the last days of the Tsars and little by little builds a business and then a brand, and then an empire. He sought, and received, the imprimatur of the Tsar, and became a big-timer.

The whole thing comes crashing down as communists nationalize the business and Smirnov dies without his creation.

One of his sons, who didn’t really want in the business, takes over and resurrects the vodka and the family name.

Finally, Americans step in and take Smirnoff international – I didn’t know that part!

This is a really interesting look at alcohol, Russia and the forces that changed the world.