Every now and then, I find a book that thrills me with its promise. After all, who doesn’t want to know the full story behind one of the great missing pieces of music in history?

And then, you read it. 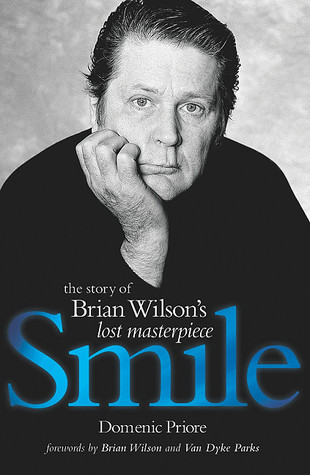 This book is not a balanced look at Brian Wilson’s lost “Smile” album. It is a Wilson fanboy’s look at how wrong the Beach Boys, and everyone else, was.

The author, we find out very late, is tight with the Brian Wilson side, and strongly against the other members of the Beach Boys, which of course colors his story. It even leads him to make a few wild assertions. For example, he agrees that maybe their publicist in 1966-67 was actually a spy planted by their friendly rivals, the Beatles. They must have heard an early mix of “Smile,” which led them to create “Sgt. Pepper.”

Unfortunately, this book is largely the recollections of one man – and not even Brian Wilson himself. The vast majority seems to come from Van Dyke Parks, the lyricist who worked with Wilson at the time. Other voices are very late to the game, and not very important.

This is not really a comprehensive book on one of the most important albums of the rock era. It’s a fanzine article that goes on far too long.

This is an account of the 18-or-so hours that Charles Lindbergh spent crossing the Pacific from New York to Paris, and it’s a riveting one.

Let’s be clear that the author isn’t about to defend the man’s politics, or to go over the kidnapping of his son. It’s strictly about the flight, and it’s a good thing. 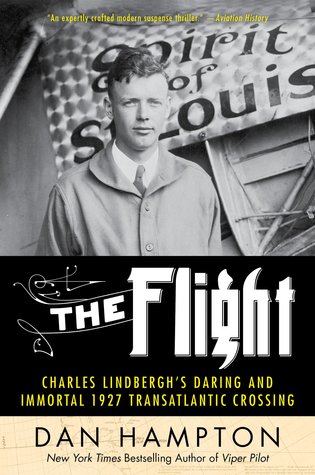 The perilousness of his feat is well illustrated by the forward, which follows the attempt by two French aviators to make the crossing from Paris to New York two weeks before.  After using the best plane, a concocting a solid game plan, and leaving nothing to chance – they disappear.

Lindbergh’s margin of error was small, and the story illustrates the many times it could have gone wrong. Using his own account of the flight and other contemporaneous accounts, you’re in the cockpit with “Slim,” and find yourself rooting for him, too.

The story does correct and unearth some forgotten information, such as the fact that he flew combat missions during WWII, which, of course, he opposed. That opposition didn’t, and doesn’t, make him a Nazi or Nazi sympathizer, any more than those in the 2010s who oppose action in Iraq are automatically ISIS or ISIS sympathizers.

This book lets you revel in the triumph of flight, when it was still a wonder, and marvel at the people who stretched the boundaries.

I received this book for review from Goodreads.

A comprehensive overview of the Marx Brothers that doesn’t forget what Gummo and Zeppo brought to the show.

The pursuit of the truth is a goal of this book, but the author is honest that you can’t always know. When he can’t sort it out, he presents different stories, from different people’s memories, and lets the reader sort it out. 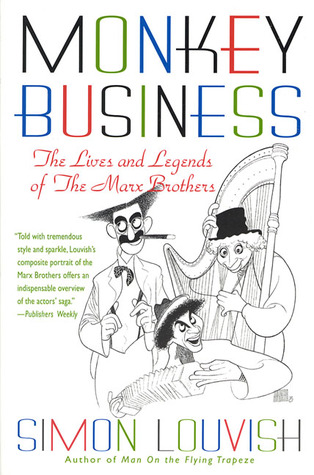 It seems you get the warts-and-all look at the brothers, and it’s not all attractive.

For example, Groucho is largely blamed for his wives’ alcoholism, saying that was their only respite from his verbal abuse. This is at odds with another book on Groucho that I’ve read, and reviewed, called Groucho: The Life and Times of Julius Henry Marx. Which is the truth? I don’t know.

Ultimately, what we should take away from the Marx Brothers is the terrific films – and the not-so-good ones, too – that are their legacy and gift.