I did something with this book that I rarely do: I gave up.

It’s a long slog, not chronological but an issue-by-issue look at the American Revolution. And it, frankly, goes on too long for what it’s trying to say. 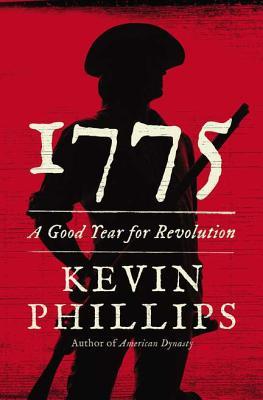 This book posits that 1776 is the only date that is given any consideration when we think of the American Revolution, and that 1775 is much more important. It’s an interesting theory, but I don’t know of anybody who thinks all of this was accomplished in one year. The entire scope of the American Revolution began in earnest in 1774, if not partially before, and the United States wasn’t firmly established until 1789, when the Constitution went into effect and Washington was elected the first president.

The author seems to be pushing to move our celebrations back to 1775, but that’s not really necessary. The thought that 1775 was important is fine, and true, but why act as though the signing of the Declaration of Independence in 1776 was not worthy of marking?

Ultimately, this book reads like a long dissertation. It’s more academic than general, not that reader-friendly. And a tremendous amount of it is just a survey of already-written history books and papers. He may restate it well, but I can’t really find all that much that’s new. He even acknowledges that he relies mostly on what comes before by quoting TWO books at the beginning of each chapter.

It’s full of information, but it’s not must-read material. It didn’t keep me going.

The Pony Express ran mail from St. Joseph, Missouri, to Sacramento, California. But it was only a demonstration for the men who started it. They really wanted a normal mail contract from the U.S. government, and the Pony, as it was called, was a way to show that they could deliver the mail. 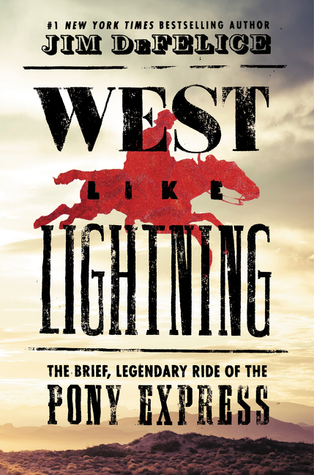 The cliché of only single young riders was just that, something added after the Pony was over, as was most of the legend. For example, the one man who did more than anyone to burn the Pony Express into the consciousness of the nation, Buffalo Bill Cody, likely never rode it. But his Wild West show helped turn it into a Western legend.

The author uses the device of the 1860 presidential election to tell his story with aplomb and humor. He recounts the stories, legends and tall tales as we follow the news that Lincoln had won all the way from the East to the West just a few days later, which was a revelation.

Just months after opening, the telegraphs came along – and there was a telegraph station that the Pony delivered to, in fact. As the Pony wrapped up, the telegraph took over, and the men who started the Pony had their hand in the transcontinental railroad, too.

This is a fun, fast-moving story and a must if you’re interested in the stories of the Wild West.

This book was won from Library Thing.