Abraham Lincoln’s assassination was only the culmination of a family rivalry that spanned decades in “My Thoughts Be Bloody,” a book about John Wilkes and Edwin Booth.

It’s fascinating to read a book about an event we all know and see coming, and to realize what a long road it took to get there. The assassination almost feels like an aside, the last great act in a family of actors used to taking the big stage.

The book starts with the paterfamilias, Junius Brutus Booth, the greatest British actor of his era, maybe the greatest actor period. He was an alcoholic who left behind a wife and children and set off for America, there finding a new love and fathering many children.

The family secret was they were all illegitimate, as his wasn’t actually married to his American “wife.”

Booth père left to tour Shakespeare, and had more affairs along the way. Eventually, one of the youngest children, Edwin, went with him to help keep him off the bottle and on point. Doing so, he absorbed the family talent – while little brother John Wilkes stayed home with mother.

Edwin eventually takes father’s place as the leader of the family and the talent, even as older brother Junius Jr. (called June) and John Wilkes tried their hand at acting. Short story, neither was as talented as their brother, and John in particular felt a rivalry that grew increasingly bitter.

The book covers many years in the Booth family story, with a full picture of the psychology and mentality of the players leading up to John’s puzzling affinity for the Rebel cause.

There are plenty of twists and turns here, all of them fascinating, and the family story is good enough without the end we know is coming – which only takes part of a chapter, at that.

Boy was I excited to read this book. Boy was I disappointed when I was done.

“The Little Girl” ostensibly is about Shirley Temple and her impact on America in the 1930s, but ends up being less focused on that. The author goes off track several times and weakens his story in the process. 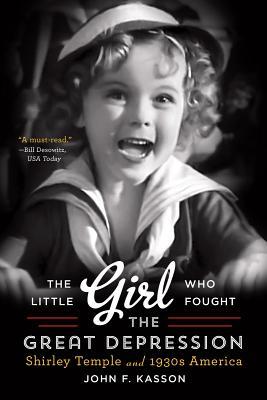 For example, the entire first chapter is about Herbert Hoover and Franklin Roosevelt. I guess it sets the stage for the Depression and Shirley, but I thought that meant that she and FDR would intersect again later in the book. They didn’t.

The author also spends an entire chapter on Bill “Bojangles” Robinson, and it’s an excuse to explore race in movies in the 1930s. Yes, Bill Robinson and Shirley Temple were in some memorable scenes, but he was in only 4 of Shirley’s more than 30 starring vehicles. A little too much focus on him all things considered. I would love to see more about Bojangles – but in his own book.

The author also attempts to paint the Shirley Temple phenomenon as sexual – really? I felt he was really off base here.

Finally, the book felt like it went on one chapter too long. It tried to keep going after the Depression and into Shirley’s life as an ambassador – but that wasn’t the supposed focus of the book, according to the title.

I learned some things in this book, but it wasn’t what I was hoping for.

Hard to believe, but even 50 years ago, scientists were at odds over the mechanism of earthquakes. Some thought it was a settled debate, that the earth was cooling and cracking. Others said earthquakes were the result of a moving crust.

The debate was settled by the largest quake in North American history, the Good Friday Earthquake in Alaska on March 27, 1964. 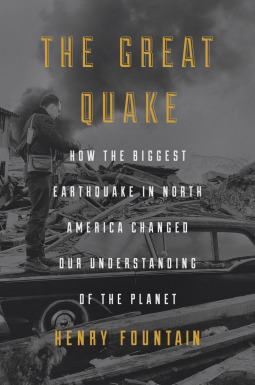 It was a massive shake, 9.2 magnitude, and caused more than 130 deaths. This book looks at the quake, who were its victims, and how it led to our current understanding of how quakes work.

The book focuses on the village of Chenega, a port town that was almost completely wiped out in the disaster. The almost five-minute-long shaking caused all the damage one would expect, but that wasn’t the main part of the disaster.

As survivors run for the high point in the village, the one-room schoolhouse overlooking the docks, residents notice that all the water in the bay has disappeared. Moments later, the water rushes back in a tsunami, one of a couple that day, flooding the town and ripping kids away from their parents. Dockworkers and their families watching them unload a ship disappeared that day, along with the dock itself.

The book also looks at the efforts of scientists who were attempting to explain what happened, and how to prevent it from happening again.

It was a sad scene painted in the book, people pushed to their limits as their family members went missing, forever impacted, and a village that was abandoned thereafter.

An interesting part of the tale is the fact that there was a disputed on the science of earthquakes. Some considered it “settled” science, that there was no way that continental crust floated on the earth’s mantle. Turns out, of course, that’s exactly how it happens, and the measurements that field scientists took revealed that.

As an aside, whenever anybody says the science of something is “settled,” don’t believe it. Science is always about challenging theories, and as such, always is up for further exploration. Without that curiosity, science itself dies.

A heart-wrenching story, and worth a read.

This book was provided to me by Blogging for Books.