The collapse of the Swinging Sixties and the beginning of the chilled-out Seventies drives “Fire and Rain,” a chronicle of a musical year in the same way as the overview of 1971, “Never A Dull Moment.”

The tale is told through the stories of four acts, the Beatles, Simon & Garfunkel, CSNY and James Taylor. 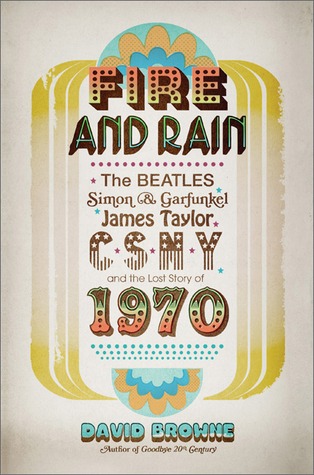 As the decade begins, the Beatles issue their last album, “Let It Be,” as Paul McCartney lets the public know they’ve split for a while, and the lawsuits begin.

Simon & Garfunkel have their biggest hit, the song and album “Bridge Over Troubled Water,” and the waters were troubled, as the duo pulls apart, first because Art Garfunkel is filming “Catch-22,” but mostly because they have different desires.

Crosby, Stills, Nash and Young release “Déjà vu,” a massive hit, as the group itself wobbles under the weight of four feuding stars. It begins decades of on-again, off-again collaborations and reformations.

And James Taylor, first signed by the Beatles’ label Apple, fights through emotional and drug issues to lead the vanguard of that very Seventies phenomenon, the singer-songwriter, with his hit album “Sweet Baby James.”

The stories of the four acts interweave in surprising ways, and the format follows them month by month from late 1969 to early 1971.

The author highlights the four, but also brings in discussions of politics, war and other social issues. He also tells unexpected tales, like how the Kent State shootings led to the formation of Devo.

A mixed bag about a fascinating man and his perplexing son, Benjamin and William Franklin.

As Ben grew in stature and fame as a scientist and patriot, his illegitimate son William went his own way, becoming governor of New Jersey just as war broke out. 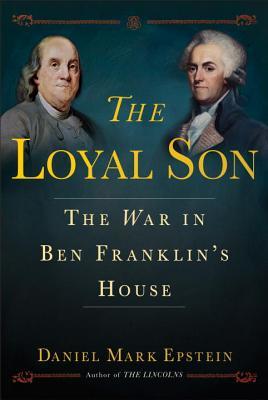 The Franklins were accused of colluding, splitting the difference and taking different sides so they could help each other when the dust settled. But the battles inside the family revealed how untrue that was.

The loyalist William was hoping it would all go away, and was imprisoned for being on the wrong side.

Meanwhile Ben warily became a patriot, testing the winds and coming to terms with being on the other side. He was brilliant, of course, and much of the patriots’ war and nation planning involved him. But he didn’t go out of his way to help his son, being much more concerned with his grandson, William’s son Temple.

Along the way, Ben posted himself in France and all but abandoned his dying wife. That created more cracks in the Franklin family.

Ben had a tendency to move slowly, leaving for a short visit to England before the war that turned in to a residence of more than 2 years. He kept his own counsel, did what he wanted, and philandered along the way.

This is an interesting look at a complicated, famous family, warts and all. You’ll probably be a little less enamored with Benjamin Franklin afterward.

Excerpts from letters make up the bulk of the book, but we don’t know how truthful any of the Franklins were with each other, so the truth can bit a bit inconsistent and uncertain.

The book, unfortunately, goes on a little too long. Trim it by about 50 pages and it’ll go down better.

I received this book from Library Thing.

Slang is everywhere, but may be on its last legs, this book says. That’s but a side argument in a look at the development of slang in the English language.

This seemed like a fun topic, and I was looking forward to learning more history about slang, but the book ultimately wasn’t what I was hoping for. 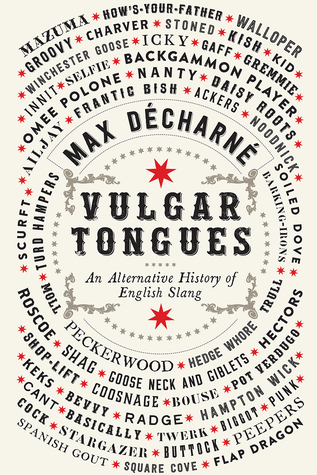 For one thing, I was disappointed that almost half the book was about sex, body parts or intoxicants. I guess that’s where a lot of slang comes from, but it felt like those sections went on a bit too long.

The other disappointment is that this was really written from a British point of view, so some of the words and references were, in a word, foreign to Americans. Luckily, I’m an Anglophile so I did get some of the references, but if you aren’t familiar with, say, Cockney rhyming slang, you’ll be lost. Some American slang is folded in, but not as much as compared with the rest of the book.

The one thing that stuck with me was a conclusion made at the end of the book, on the offensiveness of the best slang. Yes, slang does offend, that’s a given. But in our touchy times, that may be the unpardonable sin:

“Ultimately, slang will have no place in this world, because the best of it is almost guaranteed to offend someone, somewhere.”

Let’s hope that conclusion is wrong, because slang is and should remain part of language, offensive or not.

I received this book through a Goodreads giveaway.