As Hillary Clinton herself struggles to understand “What Happened” in her new book – and blames everything and everybody from James Comey to Russians to misogyny to Bernie Sanders – “Shattered” offers another point of view: Hillary’s problem was Hillary herself.

The authors had previously written a sympathetic biography of her at the State Department, “HRC,” which gained them access to the campaign. They were able to talk to staffers off the record as long as they didn’t reveal anything before the election. If they could have, the narrative would’ve changed. 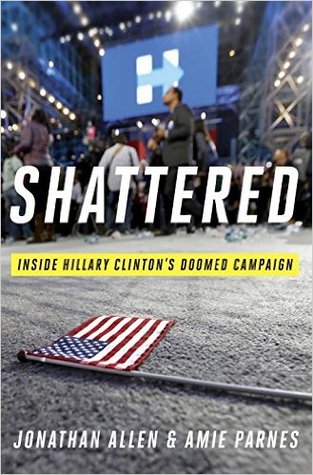 Hillary starts under the cloud of the email server debacle, and it never really gets much better. She is angry at her staff for being unable to formulate a statement of Hillary’s reason for running – but they can’t because she doesn’t really have one. She’s deep into policy, but short on likeability. People don’t trust her, and haven’t for more than two decades.

In short, she’s her own worst enemy. And yet, as a Clinton, she expected to win. And when it wasn’t going her way, she blamed.

To be fair, the tales of backstabbing and turf wars could probably be told about any major campaign. But hers were particularly interesting because the tiffs set up old-style politicians (like Bill) against new-age analytics gurus (like campaign manager Robby Mook). Decisions were made with faulty premises, and the voting reflected that. For example, the candidate never visited true-blue Wisconsin, either in the primary or the general campaign. And she lost both times.

There are plenty of revelations in this book, and although the tone is sympathetic toward Hillary, there is one fact the authors do drive home: In a climate of rising populism, both within the Democratic party and the nation at large, Hillary was the wrong candidate for the wrong time.

I received this book through Penguin Random House’s Blogging for Books program.

A fascinating look at a long-forgotten time in pro football – when it was hanging by its nails just as World War II got under way, and a move that saved two storied franchises.

All able-bodied men were shipping overseas and the ones left behind were too old, too young or too infirm to carry on a tough sport like football. Although baseball got the go-ahead to keep playing, football had a decision to make. Keep playing, or shut down for the duration. 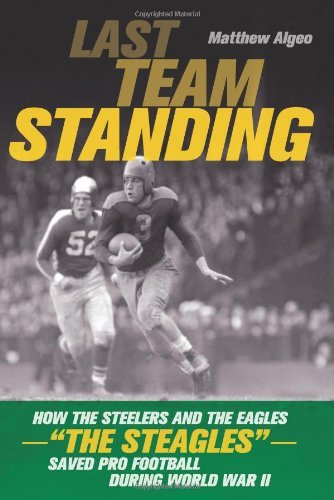 The Cleveland Rams decided to take 1942 off, but that left the league with an odd-numbered (and difficult to schedule) nine teams. The league asked two of the weakest, the Pennsylvania pair Philadelphia Eagles and Pittsburgh Steelers, to merge for the year. Had they not, the Eagles and Steelers might not have survived.

But they did merge, and the Phil-Pitt “Steagles” were born. They were largely the Eagles with a few Steelers thrown in, but were co-coached by the odd-couple tandem of Philadelphia’s Greasy Neale and Pittsburgh’s Walt Kiesling.

This book is filled with colorful anecdotes about the players, the cities and the realities of 4F football. And with the Steagles’ surprise run for the playoffs.