In the shadow of the moon walk of historic Apollo 11 and the tragic, but heroic, Apollo 13 – even the fatal Apollo 1 – Apollo 8 often gets forgotten.

But Kluger draws attention to the amazing, out-of-left-field trip to circle the moon, as Apollo 8 took a huge risk and shut down most of the competition left in the Space Race. 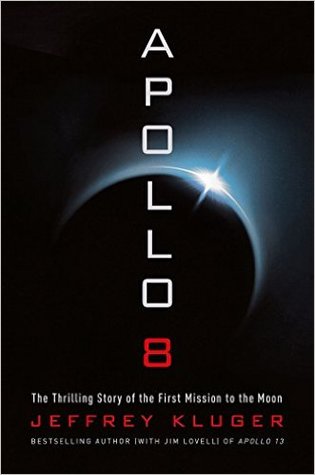 The Apollo mission flown by Frank Borman, Jim Lovell and William Anders (originally Apollo 7) was just supposed to take the LEM moon lander out for a test around the Earth. But NASA thinkers decided to go for broke and switched the crew to Apollo 8, shooting them to the moon by the end of 1968.

Kluger takes you into NASA offices, space contractors’ assembly floors, family kitchens and the smelly Apollo 8 capsule. You’ll feel you’re there as you hear the stories of the remarkable people who made this mission happen, nearly flawlessly.

And you’ll find out about the famous “Earthrise” photo that gave the entire planet a new perspective on the fragility of life.

Kluger previously wrote about the Apollo 13 mission with Lovell (that book was originally called “Lost Moon,” but was retitled “Apollo 13” after the movie). In fact, the movie was based on the book, and reading “Apollo 8” feels much like another exciting movie – hope it’ll be made. Is Netflix calling?

Space geeks and those in the mood for a good true story should pick up “Apollo 8.”

Thanks Library Thing for the Early Reviewer book.