Philip Norman’s mea culpa to Paul is largely good, has some flaws, and will fill in some gaps. But be forewarned – it’s not a Beatles book, and it’s not “authorized” in that the author sat with the subject. So, as such, it’s a different animal.

Norman gained acclaim/was criticized for 1981’s “Shout!,” which was a Beatles book and helped lionize John Lennon after the murder. It had damning things to say about Paul. 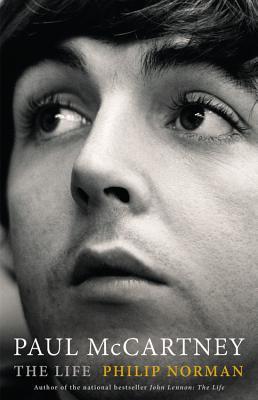 Norman then buffed John’s story anew in 2008 with “John Lennon: The Life.” So when he approached Paul about a book, it was a surprise when Macca said fine, but wasn’t interested in hashing it all out again. Norman relied on interviews with old friends, staff, family, etc. As such, it’s a hit-and-miss collection of memories, from the beginning until Paul’s marriage to Nancy Shevell.

There is silence from Jane Asher, which leaves a gap, and a lot of details from “secret” girlfriend Maggie McGivern. She does a good job of inserting herself in a prime spot in McCartney’s life.

Linda, of course, was gone so she couldn’t talk, so there’s another gap. And no Lennon, no insights. And though he had access to previous books, interviews and letters, very little from either Brian Epstein or George Martin.

That said, there were good moments in the book, and sad moments, such as the recounting of Linda’s death, and the stupidity of the Japan pot bust/jail time.

Norman also couldn’t help himself and did relate Heather Mills’ most scandalous accusations in her divorce petition – all of which the judge in the case dismissed as false. So why include them in detail?

Maybe Paul’s life is too long now and has had too many chapters to attempt to gather it all into one volume. (For a look at Paul in the ’70s, get “Man On The Run.”) Maybe this would have been better as a two-parter, or an ongoing series. But it wasn’t, so it leaves me a little disappointed.