By 1966, the Beatles had reached the end, and a new beginning. The book cheats a little by starting in December 1965, but that is only to cover the beginning of Revolver, and ends with the first recordings for Sgt. Pepper. 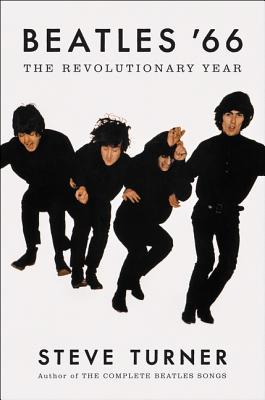 In between, there are drugs, tours, close calls, apologies, religion, new relationships, old relationships and more.

Turner sums it up this way: “In December 1965 the Beatles had been fresh-faced touring idols widely thought of as a fad that was on the verge of dying out. … A year later they were studio-based artists flag-waving for the avant-garde who were maturing with their audience and gaining the respect of serious music critics.”

Would love to see Turner follow up with a Beatles ’67 book.