Hermann Rorschach’s inkblots revealed more than they should have, for being simple pieces of art. They could never be reproduced (in a couple of ways), were praised and criticized, were in fashion and out of it, and his 10 simple cards became part of pop culture. 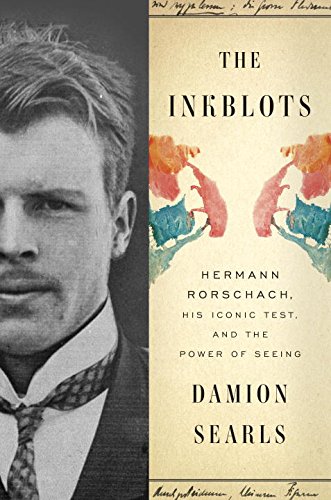 “The Inkblots” follows more than the development of this tool of psychology (and explains how both psychology and psychiatry changed in the intervening years). It recounts the man’s history and how it figured into this seemingly all-seeing test. We find out the long road to publication and use, and the wave upon wave of criticism after.

Even the test that you and I know now isn’t given the way Rorschach gave it. Or read the same way he did. Study after study changed, narrowed, widened, manipulated and fundamentally changed the test, to the point that its real usefulness has been clouded.

This is a challenging book, full of minutiae, and some rabbit trails and dead-ends. Also, as this was a review copy, it lacked the color plates that would explain more about the test. I don’t know if that would make any difference – the author says the real Rorschach test isn’t usually allowed to be reproduced. But I’m sure a little Googling would get you there.

It’s also a book I received for review, in case that wasn’t clear.